Memoria Viva invites you to participate on Dec.10th Human Rights Day in Edmonton!

Where: Boyle Street Community League 9538 103a Avenue, Edmonton, Alberta T5H0J3
When: December 10th 2016 All Day free entrance and donations are welcome we are a non-profit who believe that this day matters.

No one really reads the terms and conditions connected to every website they visit, phone call they make or app they download. After watching this provocative exploration of what actually lies between the lines of those tiny-font agreements, however, you may just hurl your computer out the window and take to a cave. With fascinating examples, comical gags and terrifying facts, filmmaker Cullen Hoback investigates what governments and corporations are doing with your “personal” information. Regardless of privacy settings, data is being collected and behaviour is being monitored—as you read this, in fact—leaving the future of civil liberties uncertain. But are we really living in such a dystopian conspiratorial world? From whistle blowers and investigative journalists to zombie fan clubs and Egyptian dissidents, this disquieting exposé demonstrates how every one of us has incrementally opted into a real-time surveillance state, click by click.

Followed by a discussion lead by Memoria Viva Society

11:50am Documentary: IN THE SHADOW OF BORDERS 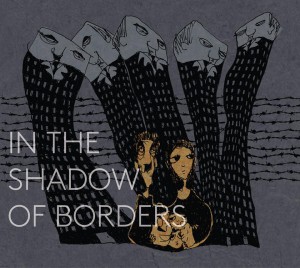 Is Canada the welcoming country for migrants it likes to call itself? In the Shadow of Borders challenges this myth and, through personal stories of detention, denial of essential services, labour exploitation and deportation, exposes how precarious are the lives of those without status.

By connecting histories—of indigenous sovereignty, of Canada’s role in displacement, of its discriminatory policies—this documentary portrays grassroots resistance to xenophobic governmental practices and the struggle of migrants for freedom of movement.

Followed by a presentation by JONN KMECH from AMNESTY INTERNATIONAL. 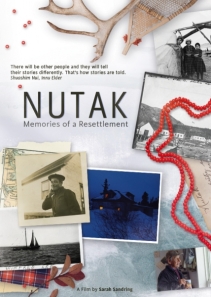 “There will be other people who will tell the stories and they will tell them differently. That’s how stories are told.” Shuashim Nui, Innu Elder

In a 1948 clandestine operation, 100 Mushuau Innu – an indigenous hunting people of Northern Labrador, Canada – were ordered into the cargo hold of a ship and transported far beyond their lands.

To this day, the events remain shrouded in mystery. – A ship, piercing winds, the death of a young man and insurmountable mountains. – All are recurring fragments, parts of a jigsaw puzzle with many missing pieces. Though only a short two-year period, the move to Nutak was an omen for what was to follow. It marked the first attempt of the Canadian government to settle the nomadic Mushuau Innu.

After decades of settlement and silence, Innu elders wanted to revisit Nutak and tell their memories. This film follows their call.

Followed by a discussion lead by Memoria Viva Society

Followed by a discussion lead by Film Maker COTY SAVARD. 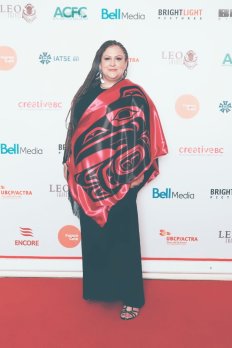 A dance through Vancouver’s Downtown Eastside serves as a haunting metaphor for the life of a First Nations sex worker in this powerful short documentary from director Wayne Wapeemukwa.

Followed by a presentation by JUANITA MURPHY from CEASE.

5:30pm Documentary: THE HAND THAT FEEDS

At a popular bakery café, residents of New York’s Upper East Side get bagels and coffee served with a smile 24 hours a day. But behind the scenes, undocumented immigrant workers face sub-legal wages, dangerous machinery, and abusive managers who will fire them for calling in sick. Mild-mannered sandwich maker Mahoma López has never been interested in politics, but in January 2012, he convinces a small group of his co-workers to fight back.

Risking deportation and the loss of their livelihood, the workers team up with a diverse crew of innovative young organizers and take the unusual step of forming their own independent union, launching themselves on a journey that will test the limits of their resolve. In one roller-coaster year, they must overcome a shocking betrayal and a two-month lockout. Lawyers will battle in back rooms, Occupy Wall Street protesters will take over the restaurant, and a picket line will divide the neighborhood. If they can win a contract, it will set a historic precedent for low-wage workers across the country. But whatever happens, Mahoma and his coworkers will never be exploited again.

Followed by a presentation by MICHAEL HUGHES from UFCW  www.ufcw.ca 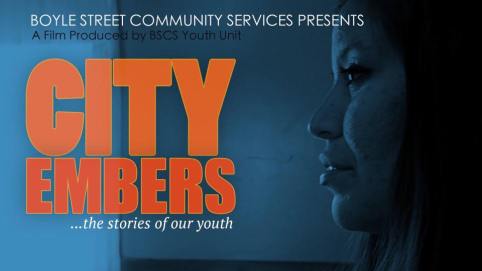 http://boylestreet.org/ In September of 2015, a small group of Boyle Street Community Services – Youth Unit members came together to share their experiences of homelessness in Edmonton. From this, began a two month journey of sharing and creative writing to produce a dramatic short film which reflected the lived experiences of young people who have found themselves homeless, addicted or depressed. The story is weaved from separate lives and experiences, with threads of common struggles, pains, challenges and accomplishments. CITY EMBERS unravels the complex and multi layered realities of three disparaged young adults whose lives are intertwined through circumstances beyond their control. 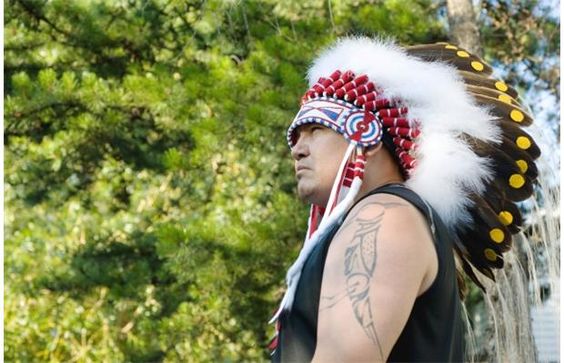 Another edition of El Mundo Al Revés LAFF is about to take place quite soon this year as You all know but this time, it’ll be an occasion when We’ll be focusing our efforts in a single day event, December 10th, why? because this will be all about International Human Rights Day and as well about our indigenous brothers and sisters of Canada. This seventh edition of our Film Fest will have the peculiarity of having the presence of an organization devoted to making possible screening films all around the world, committed to screening truth to power!: Cinema Politica and its Edmonton chapter, what a better combo?!

Mexican Revolution: The pursuit of land and freedom.

A 7 x 2 canvas as a mirror of an artist and his journey through the inspiration drawn upon the very ideals of a group of rebels, those who finally decided to transform a nation and ultimately impacted the whole world forever.

Please join us for the unveiling of Mounthzer Padilla’s latest creation, which delves into the Mexican Revolution, it’s successes and defeats. The needed principles within the mind of all those daring to take a stand against oppression, those bold enough to make a better world for ALL.

Dance to the Beat Of El Mundo Al Revés Fundraiser

We apologize for last weeks event night change from from Copas to Azucar. There was a flood at Copas so we had to last minute push the event back a week and switch locations. All tickets are still good at the door. No Salsa lessons but DJ Kris King has stepped up and is providing Edmonton’s best Latin Music! Thank-you Azucar and Kris King.

Come on join Us in this long weekend for a night of pure fun with dancing lessons and the show put on by Fiesta Cubana Dance School, a 50-50 draw and more surprises Memoria Viva will have for you. ’til your legs give out!!

We can all together raise funds for our El Mundo Al Reves Latin American Film Festival to be held this Upcoming December 9, 10 and 11 at the Boyle Street Community League: 8PM